During my devotional reading last Monday, the day after Easter, the author of the Guidepost devotional for that day wrote on the one word, which changed history of all mankind for eternity. “Nevertheless.” When Jesus was praying at the Garden of Gethsemane, while his soul was overwhelmed with sorrow to the point of death, He cried out to God. “Father, if it is possible, may this cup be removed from me. ‘Nevertheless’ not my will, but yours be done.” Some versions say “yet”, some say “but”. I really like Nevertheless.

Jesus said that His soul was overwhelmed with sorrow to the point of death. Most paintings, or even movies show a calm, peaceful Jesus, kneeled serenely before a big rock, praying to His father. Jesus Christ Superstar (one of my favorites) shows an anguished, even angry Jesus, crying out to God as he climbs boulders and rocks traveling higher and higher. 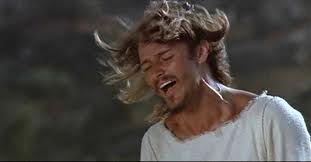 What began as a quiet prayer from Jesus to His father, escalated into a battle between human and deity – Satan’s evil desires and God’s desires to save each and every one of His children.

My husband and I got brave this year and watched Passion of the Christ. The opening scene showed Jesus alone and lonely, standing in the distant in the Garden of Gethsemane. We watched as torment consumed Him, causing Him to lie upon the ground, crying, begging, and praying to His Father in Heaven for mercy. For some way out. “Father, if there is a way, take this cup from me. Nevertheless – not my will but yours be done.”
In that moment in the Garden, Jesus could have said “No”. No I will not go through the torture of death on the cross for these people. No I will not allow myself to be captured, beaten, spat upon, dragged through the streets and tortured within an inch of my life for these people. I will not die for these people. They just aren’t worth it. And that would have been that. Jesus didn’t have to die for us. He could have opted out. And we would have continued down the path of sin and death, till each and every one of us was lost for eternity. But Jesus didn’t say no – He said nevertheless.

As we sat watching “Passion of the Christ,” as I watched Jesus tortured in ways unimaginable to most human beings, I found myself asking so many questions. Number one question – how could you love us so much that you would allow yourself to suffer as you did? I found myself crying as I heard (I couldn’t watch)  the disgusting cat of nine tails sink their teeth into His body, ripping flesh and muscle from the very bones. 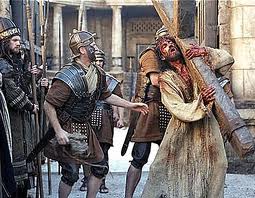 And I felt unworthy. I watched as He was forced to carry the massive cross upon his back – a back that could bear no more – and yet did. I watched as the guards continued to beat him, as He stumbled and fell, as he grit his teeth against a pain that would cause most of us to shriek for mercy. Nevertheless – He moved on.

I knew that Jesus suffered horribly for us, for me. I had read and learned what this kind of death actually did to the human body. I knew that many people didn’t survive the flogging. Jesus did. Where many men would have succumbed willingly to the welcome escape of death, Jesus did not. The time had not yet come. As I watched, I found myself asking if we were worth it? The answer I felt in my soul was – Yes we were and still are worth it. The question I heard within my soul was, “wouldn’t you do the same for your children?”

Jesus didn’t have to do what He did. He said that He is the Good Shepherd. Man could not take his life; He willingly laid it down – for us – for the very ones who beat him and hated him, for the thief on the cross. Jesus said Nevertheless for saint and sinner alike.

Through the movie we saw the face of evil hovering around Jesus, always whispering, waiting. Evil thought it had won. The loudest scene in the entire movie was of Evil down in a hole, shrieking,  screaming, and wailing in absolute despair and hate. Evil lost. Love reigned victorious.