First thing I want to say is this that I had no intention to write on this subject. I had other J words in mind, like Joy and even John 3:16. But this morning the word Jumbled flew into my mind and I knew I had to write this. Even though it’s incredibly personal, and most people may think I’m a little nuts. Here goes.

Let me start by asking a question. Has there ever been a person in your life - someone you may never have even met - who impacted you in ways you never imagined? Now, if something happened to that person, possibly they die, have you questioned your strong emotional reaction? This happened to me just last week. (I wrote this early)

My husband and I were relaxing one night last week, and I clicked on my Face Book account to see what was happening in my family and friends lives. The screen came up, and there he was. The sweet, young face, of someone who most “Baby Boomers” know - Davy Jones. And beside his picture were the bold words - “Davy Jones Died at age 66.” My mind couldn’t grasp what my eyes were seeing. I finally stammered the words to my husband, “Davy Jones Died.” He also had a difficult time grasping how this could be true. 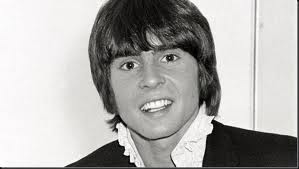 Needless to say, I felt instantly sad at his death. His face and name would be added to the growing list of celebrities, who seemed to die all too young. Even though we have never met these people, they somehow make a connection in our lives. But for me, something was very different, and I didn’t understand why. For the next three days I was a jumbled up mass of  emotions, which made absolutely no sense to me. Sadness, confusion, great waves of grief, emptiness, anger, anxiety, and yet, more confusion. I felt as if something within me had also died.

Now I want to take a minute right here, and reassure you that I am not a crazed fan. I do not still have posters of Davy Jones plastering my walls. I have not dreamed of meeting him. He honestly wasn’t even my favorite Monkee - I liked Mike Nesmith. Which is why I could in no way understand, or explain my jumbled mass of emotions. I didn’t even dare speak of them to others, for fear they would say I was crazy.

I found myself visiting You-tube, watching old videos of Davy singing. I listened to interviews with him. Tears ran down my face as I watched this gentle, funny, adorable young man romping about, singing such wonderful songs, with his soft, sweet voice. And as I did so, my emotions became all the more jumbled. Why was this happening? 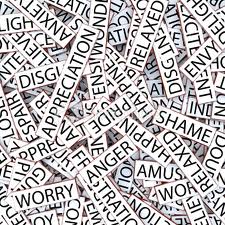 Finally after three days of grieving and questioning, I knew I needed to talk to the Lord. I needed answers. Why did I feel as if I had lost my best friend, when I never met the man? And as always, our God was faithful and true. God, in His infinite wisdom, began gently bringing pieces of my mysterious, and painful puzzle together.

I stood in my kitchen, that morning, and I listened. Really listened.  What the Holy Spirit seemed to ask me was to think about Davy Jones, and what did I see in him. What about him had connected with me when I was a child? One word came to mind. Innocence. I then began to think about the other Monkees, and the other “teen idols,” and did I feel the same way about them. My answer was, No, not even Mike Nesmith. I knew if anything happened to them, Yes, I would feel sad, but No, I wouldn’t grieve as I was now. Then the pieces began coming together, and my questions were being answered.

1966, The Monkees had hit the scene. The show was funny, and the music infectious. Four young men, dreaming of becoming the next Beatles. And in the forefront was a very young Davy Jones. His sweet face, his joyous smile, his angelic voice, his innocence, all drew me in. (I discovered he was only nine years older than me.) 1966, was not a kind year for me. I was eleven years old, home-life was often frightening and painful. It was also the year, my innocence was stolen from me.

God, I believe, began to show me that somehow the little girl in me, grasped onto the innocence and joy I saw in the face, of the very young Davy Jones. As he sang, as he goofed around, an innocence flowed through him. And I, a hurting child, grabbed hold of this innocence, and held it tight all these years. My husband, when I told him my feelings,  also added to this, by telling me that Davy was a part of my past, and now he was gone. I had lost yet another part of my already dwindling history. With his passing came a very big hole in my heart. I couldn't believe he understood. But he did.

As these realizations came to my mind that morning, tears ran down my face. I could feel the little girl in me, the 11 year old Sandy, as she cried for the one person who had, in her fragile mind, held her innocence lost. I came to realize that my grief wasn’t necessarily for the 66 year old Davy Jones, although I feel very sad for his passing. But rather, I was grieving the young, sweet, joyous, innocent, Davy, that I as a girl,  was drawn to.

My next cry to God was to ask him what should I do now? His answer. Grieve. He told me that I needed to recognize and acknowledge, all that the passing of Davy Jones meant to me - to the little girl who still lives within me. Allow her to grieve. 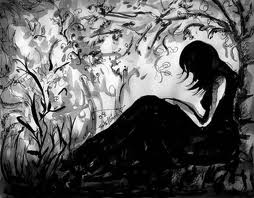 Allow her to feel all the jumbled emotions that she was feeling, and know that God would be with me through it all. That was hard. Because I had to allow the feelings from the past to once again come to the forefront. Anger, anxiety, fear, loss.  But, I also knew that it was yet another step to my on-going healing from the pain. And today as I sit at my computer, even through the tears, I feel another “J” word. JOY.

So let me ask my question again. Is there someone in your life who has impacted you, possibly even if you have never met them? Could you be one of the people who may have impacted someone else? With the social network being what it is today, the likely hood is very great. If it’s possible, maybe it’s time to tell that person what they mean to you, while there’s still time. I have learned this past week, through my jumbled mass of emotions, that God is always there, to answer our questions, no matter how foolish they may seem, and to bring renewed joy to our hearts. 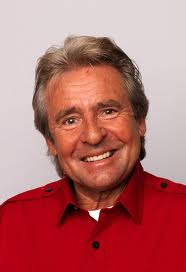 Davy Jones said something that really touched me in a recent interview I listened toon You-Tube. He told the interviewer that he is not the same person he was. He hasn’t remained rooted in his past, as one of the Monkees. He said that he is so much more than that, and that “he is, who he is, today.”  His words grabbed my heart, because I too know I am not the person, the hurt little girl that I once was. I have not remained rooted in the past. I am, who I am today. The person God created me to be. Thank-you God and Thank-you Davy.

I had to include a video of Davy singing. I love this song and hope you do as well.