L Is For Lineage

Patty Wysong's A2Z Take 2 Writing challenge. This has been an incredible and fun experience.    Thank you Patty

As I was cleaning my desktop the other day, I discovered a red folder I had placed there for safekeeping. And you guessed it, I forgot all about it.  One the outside of the folder, written in my son’s handwriting was, “Family Tree,” inside were several fragile, onion skin pages filled with my family history, entitled, “Two thousand years of Forsyth history.”  My lineage.

The first name I read was, “Forsite The Good.” I was very happy he was good and not Forsite the terrible. That would have been a discouraging start of my lineage.  Forsite the Good supposedly lived in what was once Turkistan in the year 70 BC. Yikes! For the next few years there was a lot of moving, conquering, alliance making (with the king of Sweden,) marrying and begetting. From this time until 410 AD, no record can be found of the family line. Probably too busy conquering and begetting to keep track of names and dates.

From 410 AD on however is a very thorough and well-researched document of my lineage. I felt as if I were in history class again, only the history I was reading was my own. I read of kings, barons, lords, and a Scottish Chieftain – travels from Denmark to Rome, on to France, Austria, Scotland and Ireland. I read of wars and battles, one involving half-brother’s that were pitted against each other – Papin and Grippo. Grippo was killed.

I was fascinated reading my history. Nearly two thousand years. Unimaginable. I found myself envisioning their lives, their families, the battles fought. When I told my husband he said it made him think of Mel Gibson’s movie, “Braveheart.” There was a time in history when my family was called de Forsyth's. John Forsyth, was the first to drop the "de", in 1540. Thank you very much John.


My lineage travels through centuries and navigates continents - each new generation adding to the last. I found myself doing google searches on names I found. Yearning to learn even more about the people whose blood still flows in my veins. I sat, mesmerized, staring at an etched image of Charles (Charlemagne) who became the King of Franks upon his brother's death. He built a castle for his adopted nephew, and named it Forsyth (his nephew's name) and gave his nephew the title, Vicomte de Fronsac. Wow!

My ancestors finally immigrated to America, some settling in New Hampshire, later in Virginia, Kentucky,  and my line of the family in New York State.  Some served in the Revolutionary War, some the civil, more battles, more death.

All these names, all the unknown faces, the distant lands, the battles won and lost, are a part of me. A part of my lineage. It honestly blows my mind. My distant ancestors could no more imagine Sandy (Forsyth) Wells, one day living a life, not of royalty, but as proud country folk, then I can imagine those who will follow me, perhaps hundreds of years from now. Through whose veins my blood will flow.
My grandchildren are the newest and youngest links to my amazing lineage. (I don’t mean that as brag, we all have amazing family histories.) One day, my husband and I will be names added to the continuing family scroll. Our faces will be some old couple in a faded photo, never met by our future generations. That is a very strange idea for me to wrap my head around. The day will come when we will be but distant memories as our lineage continues.

As incredible as it was for me to travel through time, and visit my ancestors, and learn more about my lineage: this all pales compared to my, to our, true lineage. I’m talking even before our first forefather and mother, Adam and Eve, even before dawn of time, as we know it. I believe our true lineage begins with the one who not only created us, but all that we know. Before there was Forsite the Good, before Adam and Eve, there was always Father God. 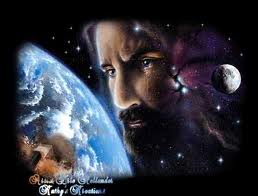 We truly have and amazing lineage.